From Kuwait to Canada and the UK 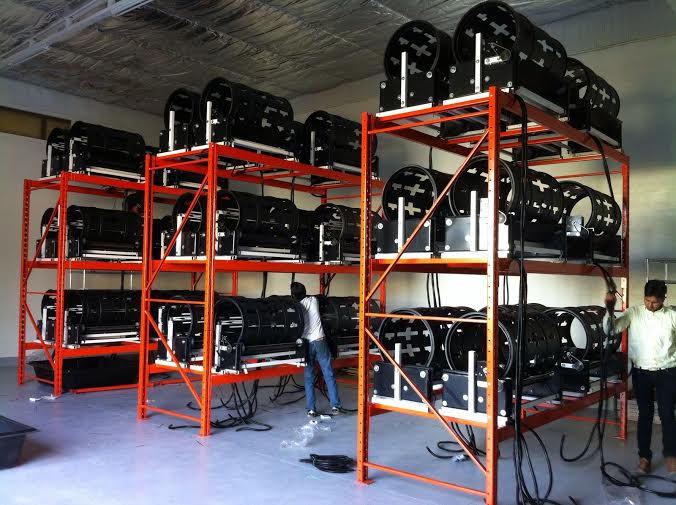 Imagine being able to grow all the produce you need for an entire community in what many would consider minimalist space for farming – the inside of a building. Omega Garden’s creation, the Volksgarden®, has become a revolutionary resource for growing plants in tight places.

“The Volksgarden® is a cylindrical hydroponic utensil,” says Ted Marchildon, owner of Omega Garden™. “It grows big, healthy plants by constantly rotating them around a light source while gently dipping them into a water basin located at the bottom of the wheel.”

“We’ve been refining the product over a number of years and we are really starting to see some major interest from all over the world.” Five Volksgarden® Stackers were recently shipped to Kuwait in the hopes of setting up a sustainable operation for growing fresh and healthy food in the city.

In addition to the gardens in Kuwait, a few were sent to the Aboriginal Centre in Winnipeg, Mb (where they are manufactured). The gardens are being set up, and will be tended to, by students, and they are expecting to start their first grows very soon.

Once the produce is harvested, they intend to distribute it to members of the community. If more groups start looking into the Volksgarden® as a solution to hunger in their areas, the problems surrounding affordable food could be bridged.

Over to Europe, a hotel in London, England, The Buckingham, has plans to re-build their site and install several Volksgarden® systems as part of a larger plan to turn a building originally constructed in 1877 into a greener space and vastly reduce their carbon footprint.

“One of the really cool projects involving Volksgarden® right now is happening at Queens University. They’re studying the benefits of farming with the Volksgarden® and how it could provide carbon credits to nations, while exploring the system from its structure all the way down to the cellular level of the plants via rotational stresses. The system could become immensely popular, and useful, in the coming years.”

“Omega Garden™ is in the business of growing, and it is providing us with great growth opportunities.”

Send us a message